Unlike drywood termites, subterranean termites need a relatively higher amount of moisture to survive. They also tend to build tunnels that are made of mud and earth on exposed surface. This makes it easier to not only detect the presence of these termites, but also eliminate them. The following are tips that will come in handy in helping you do so.

The need for subterranean termites to feed on cellulose is what makes it possible for this method to work. All that you need to effectively trap the termites is sheets of cardboard and a bucket of water. Simply dip the cardboard sheets in water and then stack them in an area that is next to where the termites are.

The combination of water and cellulose in the cardboard sheets will prove too attractive to resist. The termites will attack the sheets, and when they do, take the sheets of cardboard and then burn them. Repeating the process will be enough to get rid of a significant number of the termite population around your home.

However, while this method is effective at trapping termites, its success as far as completely getting rid of entire termite populations is limited. It is because of this that using this method in addition to other termite-elimination methods is advisable.

Boric acid usually has devastating effects on termites. It works by not only attacking their nervous systems, but also dehydrating them. Therefore, when sprayed on wood or any other infested place, it rarely gives the termites a chance to escape. To totally eliminate any subterranean termites, simply spray the boric acid on potential food sources of the termites. Regularly replenishing the boric acid supply to the already-sprayed areas will help to maintain its effectiveness.

Beneficial nematodes are effective termite-killing machines. These worms usually kill termites by burrowing into them and then feeding on their insides. While doing so, they also produce bacteria that eventually kill the termites within a short period. This makes spreading these worms in termite infested areas an effective way of preventing termite damage in your home.

What is even better about beneficial nematodes is the fact that they are not harmful to human beings. They also tend to spare earthworms and plants from their wrath. This makes them ideal for use in gardens around homes. And the fact that some species actively seek out hosts only makes them perfect for use on the ever-mobile subterranean termites. Contact a business, such as Ace Walco & Sons Termite & Pest Control, for more information. 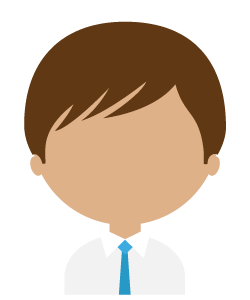 Hello, my name is Joshua Center and if you're interested in helping the environment, you'll find a ton of useful information in this blog. I'm writing this blog to inform others about ways they can have an environmentally friendly home and garden. Since reducing my carbon footprint is important to me, I spend hours learning how I can accomplish this goal. I've put the information I've learned to good use by making smart choices in my home and on my property. When you read this blog you'll learn about solar power and how it helps to reduce energy use. You'll also learn about composting, recycling, ways to save water and ingenious uses for many items around your house that you'd normally throw away. Enjoy reading my blog and be proud of the fact that you're also helping to save the planet.

Sharpening Serrated Knives: Dos And Don'ts
27 December 2022
Serrated knives are a bit trickier to sharpen than other types of knives. That's because they have a blade made of multiple "teeth" rather than one co …

Upgrading Your House With New Seamless Gutters
1 November 2022
There are many different considerations that you will have to review when you are looking to upgrade the gutters of your home. Seamless gutters are an …

Tips For Transforming Your Attic Into A Livable Space
12 September 2022
For many homeowners, their attic is where they store Christmas decorations and old children's toys. If you are considering converting your attic from …